Other than the general joy of getting to start my year with a mouth free of metal, I really had no expectations for the start of seventh grade. It’s just another school year, another long nine months to get through until summer. This is not to say that this school year wasn’t full of positive experiences. As a seventh grader, I got to participate in athletics and play team sports, I was a West Ridge cheerleader, and I competed in several choir competitions.

In athletics, I got to be part of the West Ridge Seventh Grade B Basketball Team. We had great players on our team including, Sofia, Lucy, and Elizabeth. Although we never won any games it was still a great season. I learned a new sport for me and made great memories with my team-mates. Seventh grade athletics also became sort of a taste-tester of other sports for me. Cross country, soccer, and track & field were all on the menu this year, although only volleyball and basket-ball will make it on next years plate. Getting the chance to try these other sports really helped me to realize my strengths and weaknesses, and will ultimately help me focus my athletic talents next year.

I also have really enjoyed choir this year. I sang choir in fourth and fifth grade while I was in elementary school and knew it would be a great fit in sixth grade. After having a blast in choir in sixth grade I absolutely knew I was gonna do it in seventh grade, and here I am. I didn’t get into the highest choir, but my first day of school I found out that all my friends were in the same choir I was in. We practiced for days and days for the UIL contest and American Music Festival.

I think a leader should have intelligence, sure that’s a great quality, but to be a good leader you need more than to be smart.

A leader needs to be kind and caring, so the people (or animals) they are leading don’t think that they don’t care. Don’t be a leader that is mean and ruthless to the their “followers”.

Someone, if they want to be a leader, should be a leader who knows what they are leading for, they should be smart, nice, caring, and compassionate.

When you expressed your love
For me, I was flattered unbelievably
But you have to understand
I have demons in my hand
And I don’t how
A sinner like me
Could ever deserve
A saint like you

One, two, three, four, I declare a time war

Twelve, eleven, ten, nine, here he goes, back in time

Four, three, two, one, grab her hand and whisper “run”

I really feel like I connect to this poem in a way that most people wouldn’t. This poem, in case you didn’t know, is about Doctor Who.

I really love most about this poem is how they just switched out the words from one of my favorite childhood nursery rhymes: One, Two, Buckle My Shoe.

Have you ever watched Doctor Who? What do you think about it? I highly suggest it, check it out!!! 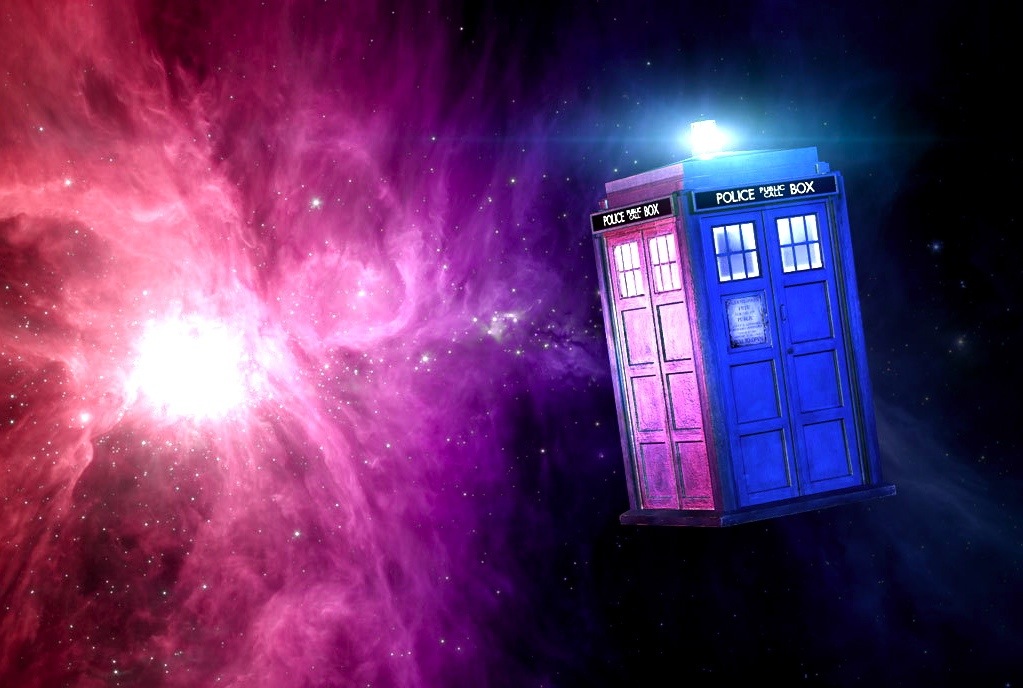 Throughout my life I’ve done a lot of wrong, but also a lot of right. I’ve made mistakes, but I have one that is my favorite. It’s a simple one, but it made me change the way I think. Backtrack three years ago, on a pleasant Wednesday afternoon. That’s where it all started.

Three years ago I never would’ve thought that my way of thinking was going to change forever. See on this Wednesday afternoon, I was at home alone. I was absolutely starving, but I didn’t want to eat any of the plain jane food in our fridge or pantry. I wanted something fun, zesty, something with a kick to eat and maybe a sweet drink.

I hesitated, turning the door nob then slowly backing away, constantly looking out the peep hole of the garage door, and pacing in my living room for what felt like five hours was but was probably only two. When finally I got the guts to man up and run like I was on fire to the Valero, I did.

I arrived to my forbiden destination, out of breath and panting like a dog. I started checking out all of the yummy snacks. I didn’t pay very much attention to the tasty snacks though because I was too worried that one of my parents might come strolling in. I ducked down into the aisles and occassionally popped my head up like an ostrich to see if anyone was coming through the door.

Then, low and behold, my step-dad and my brother come walking in. I rushed and hid in the bathroom for what seemed like forever. I slipped my head out the door to see if they are gone. Thank goodness, they were. I ran home like a madman was chasing me. I threw my bag from the store over the fence to make it look like I didn’t have any food. I tried to act casual and keep it cool as if nothing ever really happened. That didn’t seem to work out very well. They got home five minutes before I did and noticed I was gone.
He called my mom while she was on her way home and she was furious. She then contacted my dad who was equaly as mad. Later that night I was told I was going to be grounded for two weeks. That meant no television, no friends, and extra chores.

No, I didn’t like the consequences, but I had to accept them. The lesson I learned and what my parents both taught me, to never leave the house when no one is home. But what they really taught me was to be more careful, more aware of my surroundings. I was only in the fourth grade and I didn’t know what I was doing. I could have been kidnapped and taken away and that would have broken my family’s heart. So from that day forward I never left the house when I was home alone again. Deep down in the bowels below the opera house. There lives a phantom in these bowels. This is his lair, his lair of despair, of distress, and of desperation.

Down, down, getting deeper, and darker.

You have to put your hand at eye level so a noose doesn’t catch you because he’s a killer. He will take any chance to catch more prey. And when he captures you he will use your blood to make yet another portrait about what he feels about the world, hatred and prosperity. He’ll later use your bones to frame his portrait of revulsion.Your blood will drip from his cold, beat up hands.

If you make it down there alive, you will sorringly have to see the vicious snarl upon his face. He’ll slowly walk toward you as fog seeps through the cracks in the walls making it harder for you to see him, and it makes it easier for him to find you. You’ll try to run, you’ll try to hide, just don’t take too big a step backwards or you might fall in. You might fall into his lake of lonely souls. This is where he traps the souls of his past and most recent prey.

See you weren’t the first to explore this pit of hell.

Despite what we have read in the comics and seen in the movies, it wasn’t Spiderman’s uncle who first spoke these wise words. Credit for this quote has been given to Marvel Comics and Stan Lee himself. However, other historical figures of our past have used and said this quote in many different variations such as Franklin Roosevelt, Winston Churchill, and Francois-Marie.

I don’t know about you but…

If I’m going to drive for many hours to the best restaurant, out in the middle of nowhere to get some food, it better be incredibly good and perhaps life altering! The bar was set high.

Arriving on a Sunday afternoon, we hoped for a minimal crowd. The massive parking lot was *full* and we ended up being told we’d have a 45 minute wait. Happily, we were seated in only 10 minutes. This limited our exposure to the live, amateur country music which was causing my ears to nearly bleed.

As for the BBQ, it was all stupendous. The unique sauce just made it that much better. However, they really didn’t have a true hot sauce. Seeing our crestfallen faces when we couldn’t get our spice on, they kindly brought us pickled jalapeños that were not on the menu! Pro tip: They are atomic and sweat inducing!

To combat the long lasting burn, we enjoyed a wonderful blackberry cobbler with nice cold ice cream. What a great end to a delicious meal! Only one more hour back to our destination and worth the drive.

If you have a chance to come here, it’s a must. People trek here from around the world! We happily gave directions to a large group of lost, camera wielding Japanese tourists on our way out!

If you can only order one thing, it’s called BRISKET. I now know what I want for my last meal. Salt Lick BBQ!

Blue—blue is your favorite old blanket that you got for Christmas three years ago, that you still use to curl up in and re-watch all of you old Disney movie on VHS.

Blue—blue is is the ocean, rocking you to sleep at night while you dream of gumdrops and lollipops.

Blue—blue is still the color of your walls, the walls you mom and dad absolutely HAD to paint blue when you were six years old.

Blue—blue is that old, oversized, beat up sweatshirt hanging in the back of your closet that might not go well with jeans, but transforms you into the fashionista of loungewear. Just add some stylish flannel pj pants.

Blue—blue is your worn-down, two year old sneakers that you now use to mow your front lawn

This color is one of trust, honesty and loyalty. It is sincere, reserved and quiet, and doesn’t like to make a fuss or draw attention. It hates confrontation, and likes to do things in its own way.

Blue seeks peace and tranquility above everything else, promoting both physical and mental relaxation. It reduces stress, creating a sense of calmness and relaxation.

I come from traveling and waiting at baggage claim

From mom’s house to dad’s house

I am from “Where am I going to be for Christmas?”

I am from movies & TV shows with Mom

I am from Mom’s house to Dad’s condo

The smell of fresh cooked dinner every night

From always getting a new nut-cracker every Christmas

I’m from “Front and center” and “How was your day?”

And from “Don’t be scared because fear causes hesitation, and hesitation causes your worst fear to come true”

I am from laughter to inside jokes with friends

I am from Disney movies, Disney land, Disney world, and DISNEY

I am from Austin and Germany

I am from family to school to sports to my second family, also known as my friends